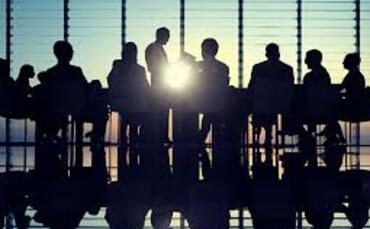 Witan shareholders were divided over whether to re-elect Neubert as a non-executive director at the May AGM.

At the time, shareholders voted to renew Neubert’s term, with 39% of total votes against, carried out by 8.7% of shareholders.

In a formal follow-up announcement made today (September 21) – which is required for any vote where more than 20% of shareholders voting opposed a resolution – Witan said: “The Board of Directors understands that the reason of the result was that some shareholders judged Ms. Neubert not to be independent because of her seniority (10 years) on the board.

Neubert was appointed to the board in April 2012 and is also a non-executive director at ISIO, Jupiter Fund Management and LV=.

In the same statement, the board said it shared the widely accepted view that “seniority does not in itself impair a director’s ability to act independently” any more than it does. would for any recent appointment.

Instead, he said, “The perspective of a long-serving director can add value to the deliberations of a well-rounded investment trust company board.”

He added: “Independence stems from a willingness to make decisions that benefit the business, even though they may conflict with the interests of management; it is a function of trust, integrity and judgement”, all elements according to Neubert demonstrated, as did the other non-executive directors.

But, at the May AGM, the board announced to shareholders that Neubert would step down from his role at the 2023 AGM.

Witan CIO Andrew Bell said Investment Week: “As a result, a process is underway to appoint a suitable successor, before the GA to be held in May 2023.”

He added that the chairman explained the reasoning before the AGM for recommending Neubert’s re-election and that was detailed in the statement.

The chair wrote to the board ahead of the AGM to explain that she wanted Neubert to remain on the board for another year “to retain her experience and knowledge of the business as she is the sole director non-executive with more than six years of experience on the board”.