Will the Greenpeace protests in Cannes prevent agencies from working with fossil fuel clients? | Advertising

Often seen as the benchmark for creativity, this year’s Cannes Lions should have been memorable, returning as a physical event with over 25,000 admissions.

This year’s celebrations will be remembered, no doubt, but not for the reason the winning agencies would have liked.

Former Cannes Lion winner Gustav Martner set the tone during the opening ceremony as he stormed the stage and returned his award, then held up a sign that read: ‘No prizes on a dead planet. Ban Fossil Ads! »

It was just the beginning. Later in the week, Greenpeace protesters paddled canoes to invade the beach rented by WPP next to the Croisette. After that, they scaled the convention center and unfurled a banner stating, “Fossil fuel ads are burning the planet.”

WPP customers include BP and Shell, and chief executive Mark Read defended the network’s relationship with energy customers, saying: “Energy companies need to be part of the solution as much as anyone else.

Network groups and agencies abound with sustainability initiatives, such as WPP, Publicis, Dentsu, and Omnicom Media Group that have signed on to Ad Net Zero. At the festival, however, the agencies faced direct opposition and the potential consequences of facilitating energy companies.

So where does this lead them? Perhaps the employees left the festival with a bad conscience? Or have they been galvanized to prove that energy companies are part of the solution to climate change?

Campaign asked members of adland for their views.

There will always be an agency willing to sacrifice its moral compass for a few pounds. However, the tide is starting to turn for three key reasons. The first is that the message of the climate crisis is starting to get through, thanks to people like Greenpeace, Creatives for Climate and a host of other critical lobby groups and collectives.

The second reason is that attracting the best talent is as much about having the right ethics as the right pay. As resume pools dry up, agencies need to consider whether their client list is a deterrent.

Finally, as society demands greater transparency, creative leaders need to be clear about their work rather than bleating about their plastic-free breakout rooms and Birkenstock recycling programs. It will take a special kind of donkey to submit a Cannes Lions award entry that focuses on sustainability while bringing in some of the oil and gas revenue. 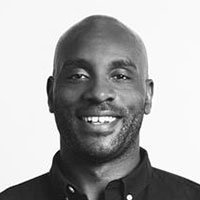 Activists have a role to play in raising awareness. But, as an industry, we have to face up to our role and the opportunity we have to change history. We are seeing increasing scrutiny from customers who have set net zero goals and are passionately engaged in this program. And of our employees who choose to work for organizations that are committed to making a positive impact.

Objectively, much of the Cannes agenda was already dominated by discussions of sustainability and commitments to action plans to reduce the negative environmental impact of our industry, across its entire value chain. . At Dentsu, this is a priority at the board level. We are one of the first companies in the world to have our net zero goal endorsed by the Science Based Target initiative. Many of our peers have followed suit with public (and real) commitments to becoming net zero and achieving science-based goals.

There is clearly a challenge for agencies that have made such commitments, while continuing to serve fossil fuel customers, to balance these two positions – especially given the recent focus on “announced emissions” – in other words, the impact of the campaigns we run. I can only assume that agencies in such a situation are either having these tough conversations or, like we are at Dentsu, are focusing their engagements on supporting customers or business units that are pivoting to “clean energy” . 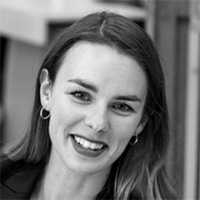 The Greenpeace protest certainly got us talking. They were the most ‘in your face’, but certainly not the only voice on sustainability as expected, with a large majority of speakers using their platform to voice their concerns. Although I can’t help but wonder how many leaders who repeat the well-worn mantra of “being part of the journey of change” as an excuse for their fossil fuel partnerships actually believe what they say.

So will the Greenpeace protests in Cannes prevent agencies from working alone with fossil fuel customers? The short answer is no, but we as an industry should actively engage in the conversation beyond well-practiced platitudes. At some point in the future – hopefully in the near future – fossil fuels will follow the same path as tobacco. After all, when was the last time you saw an agency proudly displaying a Marlboro logo? 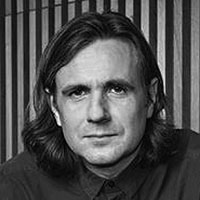 If you have a burning desire (no pun intended) to work with fossil fuel customers, a few protests probably won’t stop you. That doesn’t mean protesting isn’t worth it – it’s an important conversation and we need to have one.

If that’s the case, what might give you pause is when your access to top talent — who increasingly care about this stuff — will dry up.

And if that doesn’t stop you, more and more clients are choosing not to work with you. I’m not just talking about those brands built on sustainable principles – big global players are increasingly aware of the issue, have a point of view and want to work with like-minded partners. Regardless of the larger considerations, you may find that fossil fuel customers end up costing you more than they are worth. 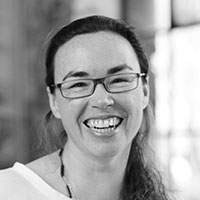 Greenpeace’s protest was certainly memorable, and they are not alone in their position. Sustainability was a major theme at Cannes Lions, with many brand and advertiser speakers having the opportunity to raise similar concerns. The Greenpeace protests have fueled the conversation and sharpened the commentary.

This is not the first time the industry has come under pressure from climate activists. The groups that will really turn heads are those that work directly with and alongside the industry. Clean Creatives is probably the best known organization that galvanizes people within the industry to change and their message is more likely to resonate with ‘creative greenwashers’ – as they themselves come from a background communication. Then the industry can choose to listen – or not.

Ultimately, the Greenpeace protest alone is unlikely to revolutionize the industry. Instead, the fact that more advertisers are opting out and the broader conversation around industry responsibility can create positive change. 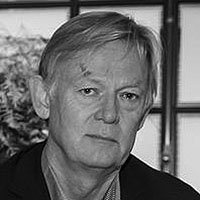 No, I don’t think this will prevent agencies from working with fossil fuel clients – but every company has the right and opportunity to choose the clients it represents. Whether they like it or not, they are businesses essential to the functioning of our economy and our society, with the right to buy professional services of all kinds, not just those in the advertising sector.

However, I think these protests will increasingly focus on the type of work being done for advertisers in the energy sector. This work must be fair, precise and representative of the efforts they are making to combat climate change.

At the same time, it’s important that we listen to all voices in the climate debate to drive the change needed in the world, and that includes how energy companies must quickly transition their businesses to support an economy low carbon.