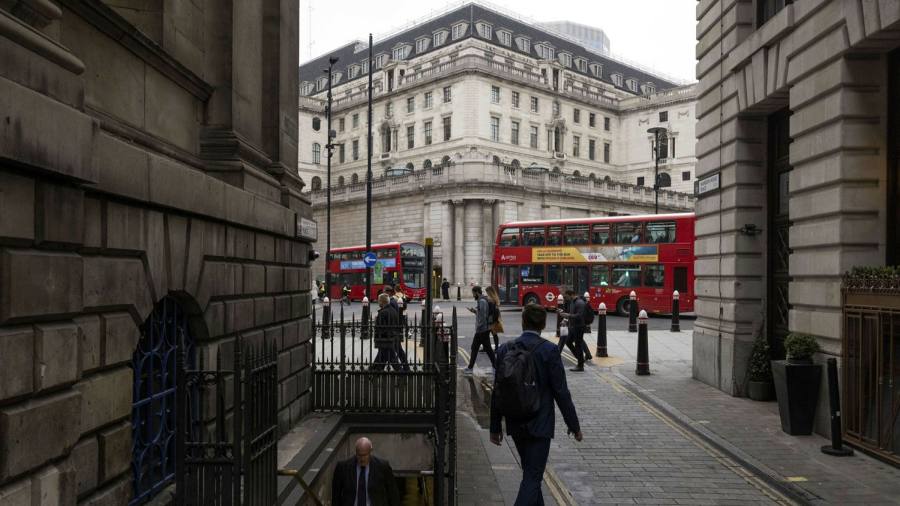 It is normal for taxpayers to hear a candid assessment of the government’s pandemic venture capital fund by accident.

The limited information about the Future Fund’s £1.1 billion portfolio of 1,190 start-ups has been released with some reluctance, in dribs and drabs.

But minutes from the audit committee of the British Business Bank, a public bank which manages the fund, included comments from non-executive director Dharmash Mistry: “most” of the companies in the portfolio had “limited growth opportunities at a sufficient scale of success”. and would become “zombie companies”, he said.

The comments were marked for deletion as part of a freedom of information request, but the text was never deleted. They suggest that concerns that the program would attract second-tier companies unable to access funds elsewhere may have been well-founded.

The uneven disclosure around this scheme is not a new problem. The BBB has now released the names of the 400 companies in which the government’s convertible loans became an equity stake – a disclosure it said could not be made due to commercial confidentiality. But the government said little about the two-thirds of companies whose loans have yet to be converted. There is no performance data.

Adverse selection in the fund’s investments is also not a new concern. Keith Morgan, then managing director of BBB, reported in 2020 that whether the fund would ultimately offer good value for money was “highly uncertain”. “The best companies will not use this funding route,” he wrote, explaining a concern that could “drastically reduce the average expected return.”

The fund suffered – then and now – from confusion over whether it was simply trying to prevent a whole cohort of fast-growing start-ups from collapsing when Covid-19 hit, or achieving something what’s more. Does success only cover its costs? Or does it aim to generate a decent return?

There has been a rational drift over time. The BBB pointed out that write-offs tend to be high with early-stage venture capital investments: a data set showed that more than half of companies saw losses, with 60% of returns coming from just 6% investments.

But the fund was not originally billed as a classic venture kick in pursuit of a handful of stars generating huge returns. It aimed to “protect” already promising businesses, with a structure designed to reduce investment risk, with the government relying on the expertise of third-party investors. It was designed to require little or no due diligence.

If this has resulted in what Mistry calls “a sizable tail of dormant companies” – more than expected – then the government needs to be clear how it will handle this and whether it has the real overachievers to compensate. Where are its “unicorns of tomorrow,” to quote then-digital secretary Oliver Dowden when it launched?

Some in the market are growing increasingly frustrated with the lack of a clear framework to manage the bottom or top of the portfolio. A looming issue, as private valuations deteriorate, is what happens to unconverted loans that reach their 36-month maturity from mid-2023.

Last year, a BBB official said the group did not want stakes in companies that had failed to raise private funds in those three years. Will it really demand the repayment of loans, potentially forcing some viable businesses into insolvency?

There is also uncertainty about whether the government has the capacity to make the most of its stars. In general, the strategy that the government ends up becoming a minority investor in hundreds of small private companies has always been a bit of a mystery.

But what is his investment approach and time horizon at Tomorrow’s Unicorn Inc? Does he even have money to participate? Morgan in 2020 pointed out that the lack of funding for follow-on investments in future capital raises could hurt returns. Given the limited due diligence on entry, the BBB may need to set equally light ground rules for what it does next, rather than making case-by-case decisions.

The government needs to be clearer about how it intends to manage its venture capital portfolio – both failures and successes.