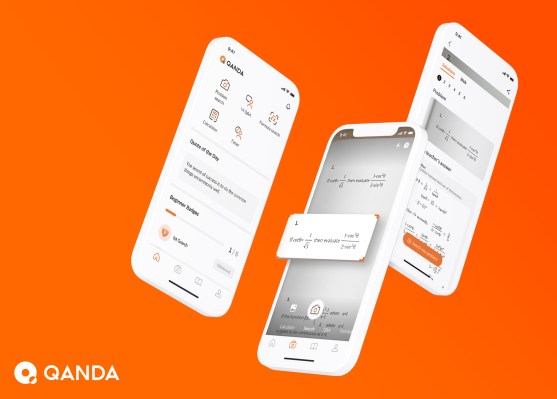 Mathpresso, the Seoul-based edtech company behind QANDA, an AI-based learning app for K-12 students, today announced it has added Google as a new investor.

Google’s undisclosed investment is not in its Series C that was lifted in June, the company said without providing its valuation.

Mathpresso hopes to create synergies with Google in terms of global market expansion and technological advancement.

Over 85% of QANDA users are located outside of Korea, Japan and Southeast Asia. The Seoul-based startup has offices in Tokyo, Hanoi, Jakarta and Bangkok and offers seven languages: English, Spanish, Korean, Japanese, Thai, Vietnamese and Indonesian.

Mathpresso was founded in 2015 by co-CEOs Ray Lee and Jake Lee, who developed QANDA as a 1: 1 question-and-answer service platform. In 2016, Mathpresso launched QANDA, which provides detailed math solutions and personalized learning content tailored to each user’s level. QANDA’s AI-based optical character recognition (OCR) technology, added in 2017, recognizes text and mathematical formulas in a photo and allows users to search for answers in seconds.

About 10 million photos are uploaded to the QANDA platform every day, according to the statement. The company claims that the QANDA app has amassed over 45 million registered users and 3 billion education data points, with over 12 million monthly active users in 50 countries.

Mathpresso added new features to QANDA earlier this year, including the premium subscription model that offers unlimited byte-sized video micro-conferences and the community feature that enhances collaborative learning as a group. online study.

“Google’s investment opens up exciting opportunities for Mathpresso and improves our ability to serve students around the world,” said Mathpresseo CFO Soo Nahm. “With the recent Series C financing, this investment will help us accelerate our expansion into the global market as well as our technological advancement. “

QANDA is available on Android, iOS, and the web.