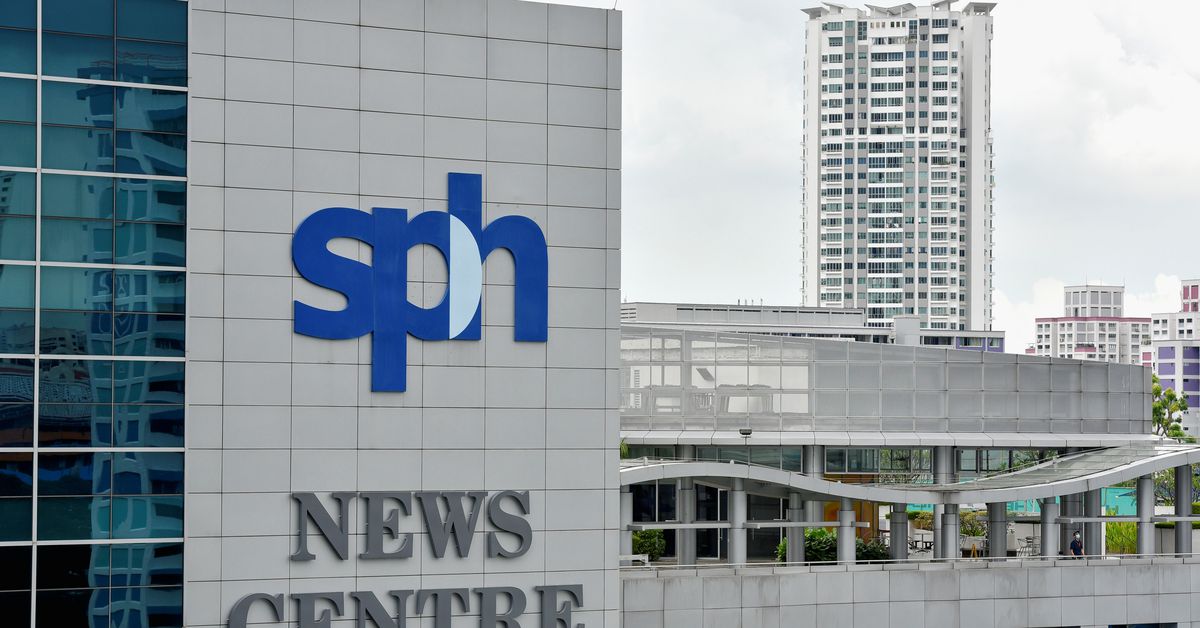 A view of the office of media and property company Singapore Press Holdings Ltd (SPH) in Singapore November 3, 2021. REUTERS/Caroline Chia

SINGAPORE, March 22 (Reuters) – Singapore Press Holdings (SPH) said on Tuesday its shareholders had approved the acquisition by Cuscaden Peak, after announcing it was ending a bid by Keppel Corp (KPLM.SI).

Cuscaden Peak and Keppel Corp are both linked to state investor Temasek, and the deal sparked a rare bidding war between the two groups, with the former offering S$2.40 per share, or 3.9 billion ($2.87 billion), and the second offering S$2.351 per share or S$3.74 billion for SPH’s real estate business.

Keppel Corp, which counts Temasek Holdings as its largest shareholder, has previously said it disagreed with SPH’s decision to end its bid. The conglomerate has filed a Notice of Arbitration with the Singapore International Arbitration Center. Read more

Cuscaden Peak, a consortium comprised of real estate magnate Ong Beng Seng’s Hotel Properties (HPPS.SI) and two holding companies independently managed by Temasek, has completed the acquisition, SPH said in a statement. It will have access to SPH’s property portfolio, which includes shopping malls, residential properties, student accommodation and retirement homes, but not its loss-making media business, which was spun off from the company last year.

A Singapore court is expected to approve the Cuscaden takeover around April 5, and shareholders can expect to start receiving payments from May 11, SPH (SPRM.SI) said.

SPH has also been granted permission by the Singapore Stock Exchange not to announce its financial results in the first half of this year, subject to shareholder approval.

Reporting by Chen Lin in Singapore; Editing by Kanupriya Kapoor