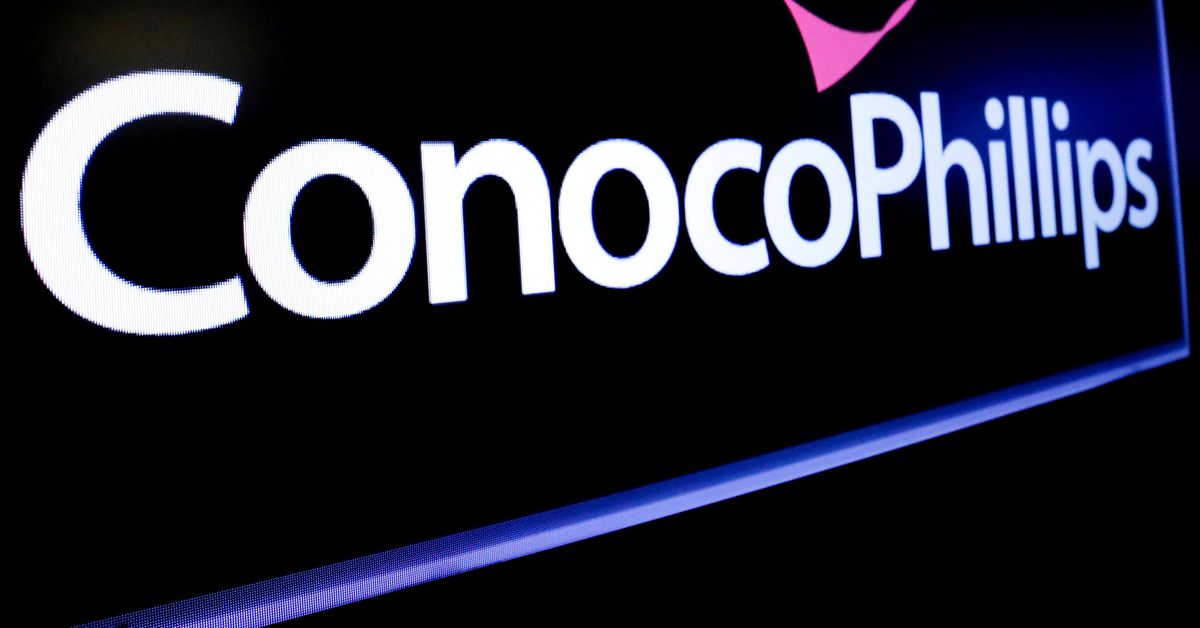 The ConocoPhillips logo is displayed on a floor screen at the New York Stock Exchange (NYSE) in New York, U.S., January 13, 2020. REUTERS/Brendan McDermid

Oil and gas prices have soared as Western sanctions against the main Russian producer limit supply amid a rebound in demand from pandemic lows.

The global benchmark for Brent crude was trading at $96.81 a barrel on Thursday, about 25% higher this year.

Houston, Texas-based ConocoPhillips’ average realized price per barrel of oil equivalent rose 77% to $88.57 in the quarter from a year ago. The company has not hedged any of its oil and gas sales to make the most of rising market prices, she said.

ConocoPhillips now plans to return $15 billion to shareholders this year, joining oil major Chevron Corp (CVX.N) and others in increasing payouts after years of pressure on shale drillers due to poor returns.

The company, which kept its spending guidance intact, slightly lowered its full-year production outlook due to uncertainty in Libya.

The company’s second-quarter adjusted earnings of $3.91 per share beat Wall Street estimates of $3.80 per share, according to data from Refintiv IBES.

Reporting by Shariq Khan in Bengaluru; Editing by Shinjini Ganguli and Vinay Dwivedi