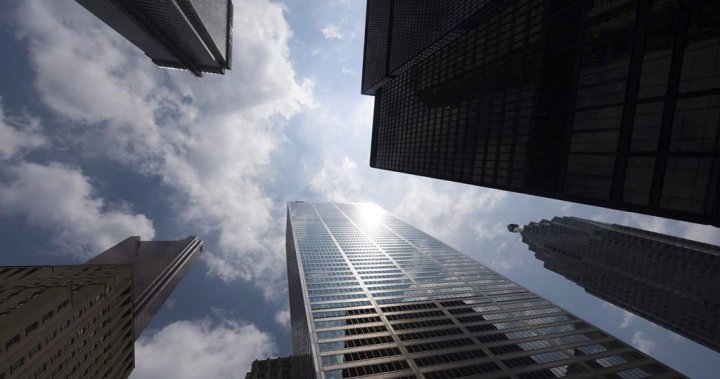 Canada is banking on newcomers to help keep the economy moving, while the banks themselves see the hundreds of thousands of people who come to the country each year as a key source of customer growth.

These efforts have increased with the number of newcomers, including more efforts to secure people as clients before they even arrive in Canada.

“We see this as a high priority across all categories of banks, not just the big banks,” said Abhishek Sinha, head of banking transformation at EY Canada.

“Whether you’re talking to the Big Five or talking to the next level after that, or even the credit union segment, newcomers and penetration of that market segment is super important.”

The segment, which the federal government says accounts for almost all of Canada’s labor force growth and about three-quarters of population growth, has driven banks to create partnerships like the recently announced one between RBC and ICICI. Bank, India’s largest.

“As immigration levels are expected to reach record highs, we have announced a collaborative agreement with ICICI Bank Canada,” RBC Chief Executive Dave McKay said in a conference call with analysts. august.

1:44
Experts say there are ways to make rising interest rates work in your favor

Some student visa classes require students to make cash deposits, and the program allows them to be seamlessly transferred to an RBC account in Canada. The program starts with students, but RBC wants to expand the account transfer pipeline to a broader area later.

“As part of our agreement, ICICI Bank Canada will refer all newcomer clients to RBC over time, making it easier for them to open a bank account upon arrival,” McKay said.

The program, only the second initiative in another country for RBC after launching a program with a distinct focus on China a few years ago, taps into a growing source of newcomers, said Amit Brahme, head of of the newcomer and cultural client segment at RBC, in an interview.

When will house prices bottom in Canada? RBC announces spring

“We know that the international student segment is one of the fastest growing segments within the various visa classes, so we are really excited that we will be tapping into a growing segment.

Overall, the number of international students coming to Canada more than tripled in the decade to 2019, reaching 638,000. The pandemic then caused the numbers to drop, with 2021 attracting around 622,000 people.

And although many students stay in Canada only temporarily, an increasing number are returning as potential long-term clients. According to Statistics Canada, approximately three in 10 international students become landed immigrants within 10 years of arrival.

Other banks have also stepped up their efforts, such as Simplii Financial which launched a digital identity verification program last year that allows customers to open accounts even before landing in the country. However, some efforts to attract customers before they come to Canada, such as Scotiabank’s partnerships in China, go back more than a decade.

The rise of fintechs has also opened up new avenues to solve old challenges for newcomers, such as using more global data and international banking partnerships to solve the credit history challenge, Sinha said.

“We’ve seen a few fintechs emerge that are creating credit models based on a more holistic story of the individual than their story in Canada, and that’s starting to gain traction.”

Once people arrive in Canada, the efforts also continue to evolve. Banks, such as CIBC at Toronto Pearson International, have set up shop in airports to be a first point of contact, while banks have also worked to expand and adapt their product offerings, including credit cards without the need for credit history, which is a key stumbling block for many.

At VanCity, the credit union’s efforts have included supporting financial literacy classes to help both immigrants and refugees, while also seeking to help newcomers on the business side, said Gurpreet Jhaj, vice president. president of marketing.

“We support them with micro-financing. And we offer this with financing on favorable terms. And we really look beyond credit history. We consider what their ambition, determination of character and things like that.

It also offers newcomer loans to help them pass exams to allow their foreign credentials to be recognized, a major barrier for many, and also works with the BC government to support displaced Ukrainians who arrive.

Refugees, such as people fleeing war in Ukraine, are expected to account for around 77,000 of the broader permanent residency goals for this year, so this is an important segment for banks while for those arriving, a bank account is absolutely essential for getting established,” said Effat Ghassemi, executive director of the Newcomer Center in Peel.

She said banks have helped by bringing teams to hotels where refugees are staying to help them open the accounts needed to get government assistance.

The biggest hurdle for newcomers is trust, Ghassemi said.

Banks are trying to build the trust factor in part by becoming general resources for customers. RBC has created hubs near cultural centers and on campuses where newcomers can get answers to all kinds of questions beyond banking, such as getting a driver’s license or daycare, as well as apps as general resources to settle in, as it works to differentiate in a tough market, RBC’s Brahme said.

“The space is extremely competitive, as newcomers are the source of new customers for the majority of organizations.”

VC Firm a16z: ‘Ethereum is a far superior blockchain now than it was before’