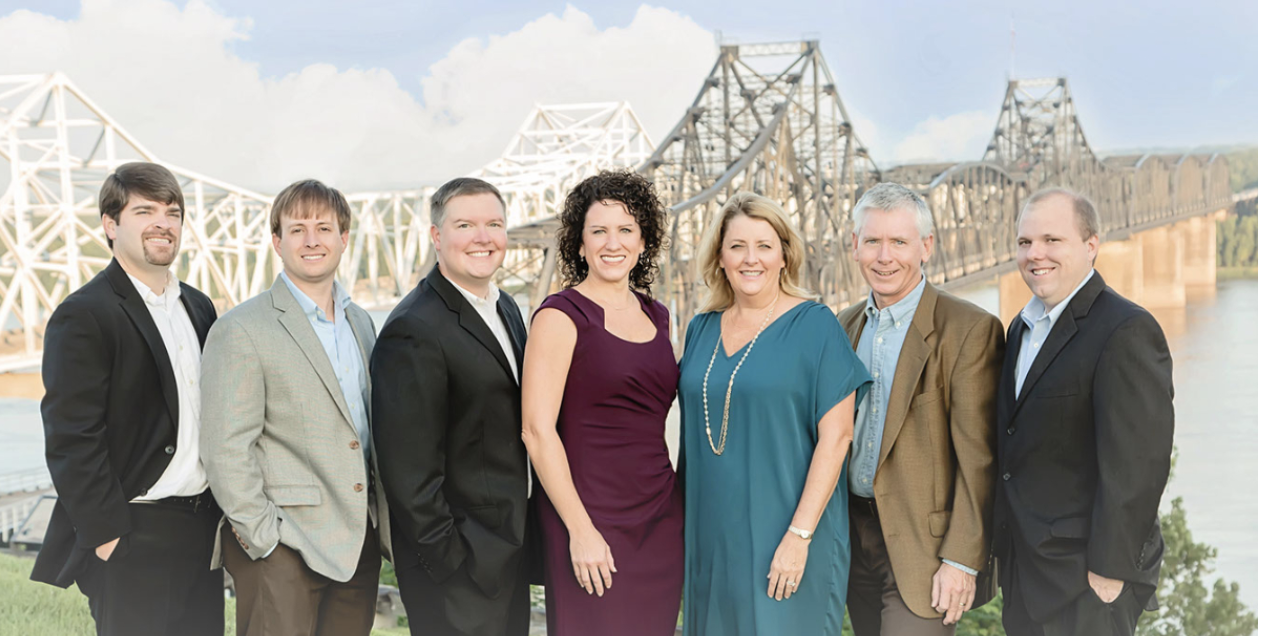 A Century of Service: Mississippi Accounting Firm Credits Dedication to Clients for 100 Years of Success

What began as a one-man auditing firm has grown over the past 100 years to over 35 employees representing clients in over 35 states.

In 1922, Vicksburg resident James D. Pond founded the James D. Pond Auditing Company. Little did Pond know that his business, now known as May & Company, a firm of chartered accountants, would continue to thrive and celebrate its centennial in October.

Katie Feibelman, a partner at May & Company, said that as far back as she knows of history, the firm was and still is a “full-service CPA firm that offers tax, accounting and auditing services.”

Pond started his small business in the First National Bank building on Washington Street. Upon his death in 1958, the business passed to accountant David L. May, who married Pond’s granddaughter, Martha.

Raymond B. May, David’s brother, joined the auditing firm in 1962 and in 1964 the brothers changed the firm’s name to May & May, which consisted of David May, Raymond May and Paul Heinmiller. In 1970, Kenneth E. Hicks joined the firm.

The company went through several other name changes, but in 1984 it became May & Company, LLP. At that time, the company consisted of David May, Raymond May, Walter T. May, Ken Hicks, Chester H. Redditt, Jr., Jack W. Palmer, and Robert Holman.

After residing in the First National Bank building for 67 years, in 1989 May & Company built an office located at 110 Monument Place near Halls Ferry Road. The office is still the company’s primary location, but in 1995 the accounting firm opened a second location in Tallulah, Louisiana.

While sticking to their core services, Feibelman said, in the ’90s May & Company began to include IT/IT support.

This segment of the business, however, is used primarily as a support service for their customers and is not a major source of revenue, she said.

“The growth of the business hasn’t necessarily been in the services offered,” Feibelman said.

Instead, growth has been within the company’s reach. Feibelman referenced the customers they have in over 35 states and nearly every state when it comes to preparing returns.

So, what’s it like working at this reputable accounting firm?

“There’s definitely a family environment in the office,” Feibelman said. “But one that requires you to buckle up sometimes and get the job done. We have a saying – we work hard, but play even harder.

“But it’s also fulfilling, challenging and even fun – at times. We process around 4,000 returns a year and almost 2,500 are prepared in a three-month window from February 15 to April 15,” she said. declared.

As for May & Company’s primary focus, Feibelman said, is dedication to their clients.

“We value our customers and the service they receive is our priority because people love doing business with you when you really care about their bottom line,” she said. “And I believe that when you truly care about your customer and strive to do what’s best for them, success will follow.”

“They helped us take this step,” she said.

To be part of a company that has been relevant to the community and beyond has been an honor, Feibelman said.

“We are all so proud to be part of this company and are grateful to everyone who trusted us and those who came before us,” she said.

This year, three longtime May & Company employees will retire – Alice Ellis, Karen Jones and Lori Shelton. Feibelman said the company would like to thank them for their service and dedication.

She also said that Jessica Durr has become the new associate partner of May & Company.

Shareholders may not want to ignore $13 million worth of sales by Lockheed Martin Corporation (NYSE:LMT) insiders last year